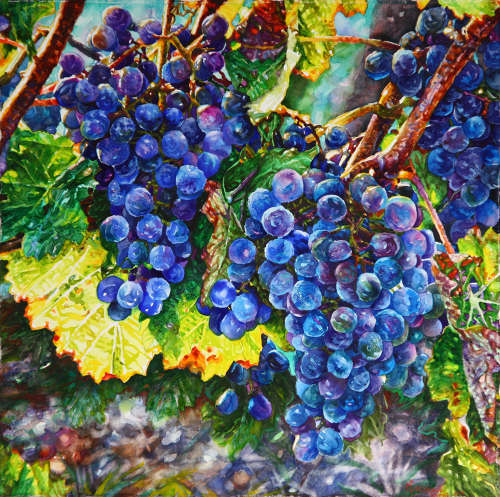 Please join us Thursday July 5, from 7-9 p.m. as we celebrate the opening of Nature's Jewels by Marilyn Cochrane. Everyone is welcome. The exhibit will be on display from July 3-30, 2018.

Artists' Statement
The inspiration for this show has been the beautiful, bountiful landscape of Niagara-on-the-Lake. There are three themes - Grapes on the vine, glorious Peonies, and the Echoes series of landscapes framed along with crystal minerals.

Throughout history flowers have been regarded as symbols of the beauty and regeneration of Nature. The ancient Mystery teachings held that beauty is essential to the natural unfoldment of the human soul. There is harmony and peace in the beauty of flowers, lush fruits and landscape vistas that lift and nurture our spirits. We can be moved to wonder and joy by these gifts of nature.
I feel that these are a much needed haven in the super paced world that surrounds us today.

At first glance my paintings are highly realistic, yet I build them as abstract constructions. My creative process begins with the camera, as I compose each subject to capture a sense of both balance and drama. These photos are used as my working models for the paintings that follow.

I fully use the expressive nature of the pigments, encouraging combinations of granulation, flow and transparency to build images of gem-like layers of colour and richness.

This collection of paintings is a celebration of these jewels of nature! 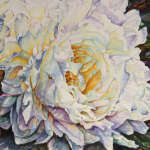 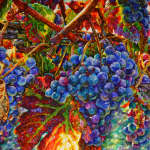 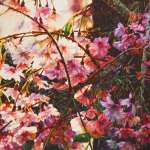 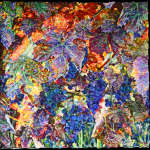