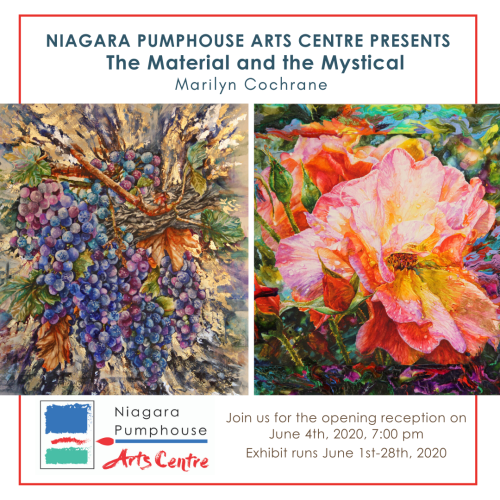 Please join us on Thursday, June 4th from 7:00 - 9:00 p.m. as we celebrate the opening of Marilyn Cochrane's exhibition, The Material and the Mystical. Everyone is welcome. The exhibit will be on display from June 1-28, 2020.

ARTIST'S STATEMENT
Throughout history, flowers have been regarded as symbols of the beauty and regeneration of Nature. The ancient mystery teachings held that we are in part a product of our environment, and that beauty is essential to the natural unfoldment of the human soul. There are harmony and peace in the beauty of flowers that lifts and nurtures our spirits. We can be moved to wonder and joy by these gifts of nature.
In this series of paintings, I am blending the realism of beautiful blooms with abstract planetary-like shapes. There are complex colour changes at each stroke of my brush bringing out dramatic effects of light. I am using acrylic and watercolour, applied in both transparent washes and in heavily textured strokes. The resulting buildup of glazing and impasto layers gives a rich surface that reveals a depth of details to discover and explore.

I am as always, turning to the power of colour to draw the onlooker into the images, and into a dream of another reality where the marvels of our imaginations coexist with the world in which we live.

The material and the mystical in harmony. 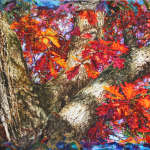 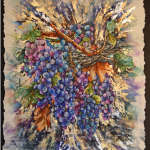 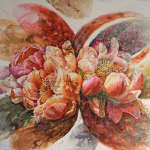 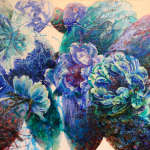 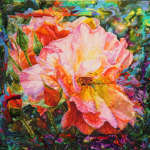