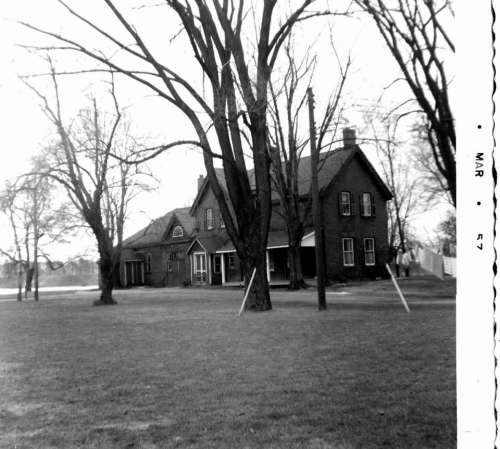 The Niagara Pumphousewas built in 1891. The plant served Niagara on the Lake until 1983 as the pumping station supplying the town with water from the Niagara River. The Lighthouse was built in 1904 by Dominion Government. This is one of a pair, being in line on the direct course towards the eastern gap at Toronto.

In 1983 the large room at the Pumphouse was also home to an electrical light plan with its steam-powered pumps this electric plant also generated electricity for much of the town, until just after World War One.

The Pumphouse was purchased by the town in 1983 when the building ceased to supply water. It was deemed historical by the Town Council. In 1985 a ground level plan was formulated by 3 enthusiastic artists, Diana Bellerby, Nancy Bongard and Maureen Lackner, to use the Pumphouse as a cultural centre for the visual arts.

In 1990 The Pumphouse Art Centre Association was formed, by 1991 the Pumphouse became a centre for public art, and for artists and students to receive professional art and craft instruction. By 1994 the remaining pumps were gone, with exception to one that was restored and placed in the front garden as a tribute to the building’s past, and a dedicated group of volunteers and art patrons celebrated the opening of a major public arts education facility in the refurbished building. The association’s efforts had paid off and the Pumphouse had been restored thanks to a provincial grant, municipal support, internal fundraising and a private donation.