Please join us Thursday September 6, from 7-9 p.m. as we celebrate the opening of Robert Crosby's exhibit. Everyone is welcome. The exhibit will be on display from September 1-30, 2018.

Artists' Statement
Colour, texture and age seem to be a catalyst for most of my paintings. Growing up on the East coast has influenced my work a great deal as well. I paint with acrylic paints which allow me to use vibrant colours and create an almost photographic look to my work. I find that every place you look colour is disappearing. Too much is becoming bland. I am very much influenced by things that most people walk by and don't even notice, like a pile of fishing buoys, an old boat or an old car. They have so much colour and texture to them and could probably tell a few interesting stories if they could talk.

I don't paint to make any political statement, or to try to impress the rest of the art world; I just paint what catches my eye and hopefully other people will enjoy them as well. I have been painting for over forty years and have found it to be a great stabilizer in my life. As a matter of fact, since I started painting I have added in three small birds in every one I have done, I have even forgotten where they are some times but it's fun to try to find them.

Later moving to Brantford for a job that he held for 24 years, always painting and doing his photography. By adopting two girls from China, Robert has found a new meaning to life, changing priorities to the things that really matter, like his family and his art. Getting back to showing in several art exhibitions and selling his paintings and prints, the passion to paint and photograph has been rejuvenated.

His heart still belongs to the East coast which is very evident in his work of fishing villages and boats and he hopes to retire in Nova Scotia someday and continue his art as a full time obsession. Robert won a grant for exhibition from Ontario Arts Council in 2012 as well as putting his work in several galleries in Nova Scotia. He hopes to continue paintings and showing his work anywhere that will have him. 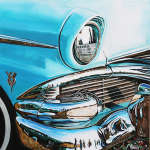 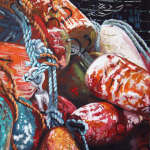 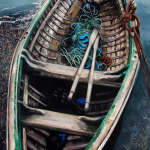 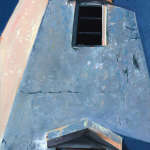 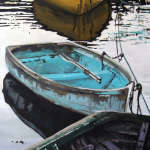 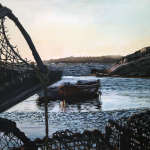 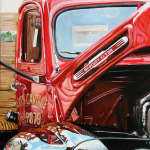 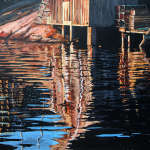 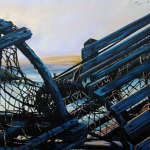 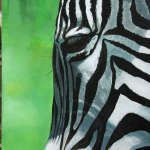